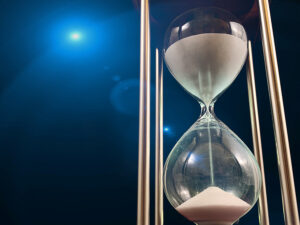 Have you ever given up on something because it did not happen?

Have you ever been asked by someone: ‘how do I know God’s timing’?

So let’s talk about timing.

Many people give up on a dream because it does not happen.

The truth is that it has not yet happened in the time scale it was perceived that it ‘should’.

Sometimes we try something and it doesn’t work out so we think it’s not God’s will.

Growing our discernment in timing is key to understanding what is and isn’t in God’s will. Just because something is not working out now, doesn’t mean it won’t in the future.

Abraham and Sarah had to wait 25 years for their promised child. Moses gave up on his calling and left Egypt becoming a shepherd for 40+ years, before he ended up stepping into his calling. Paul had to wait 15 years from when God encountered him and spoke to him about his call and to when he actually stepped into it.

What do these Biblical character’s stories show us? Our timing is not God’s timing.

Being coached to bring understanding on timing and to get clarity of the season that God has you in and His agenda is so helpful. We do not have to be in the dark. The Bible says that The Holy Spirit will show you the future (John 16:13).

We find that coaching people into an encounter with God and asking powerful revelatory questions about timing and seasons, (from our coaching toolkit), gives people incredible peace. It also brings an abundance of hope, because as soon as we get God’s perspective on timing, we understand that it’s rarely over in God’s kingdom. It’s never too late. There is always hope. Actually we are being prepared for the manifestation of our dreams and more!

Don’t give up hope for the dreams and vision you have in your heart. It’s not over yet!! Even into eternity you will see your promises, your dreams and your call fulfilled.