The lonely place of forerunning 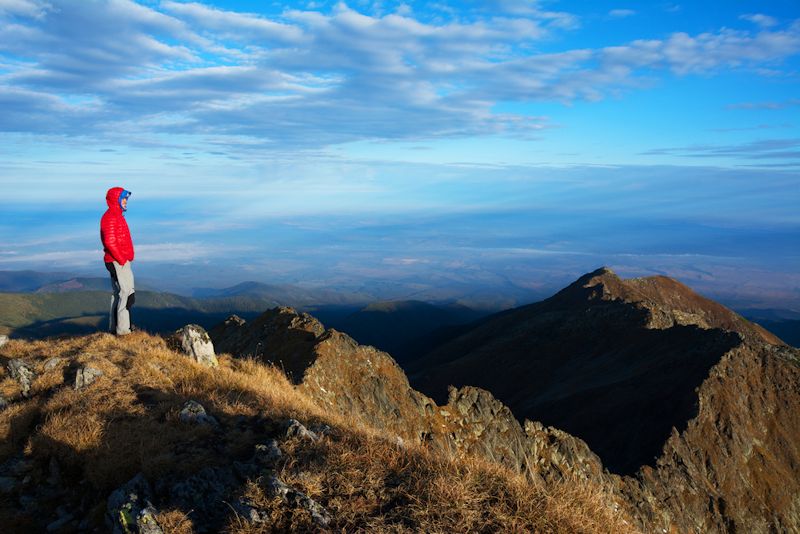 The harsh realities of fulfilling your destiny include dealing with loneliness and waiting what may seem forever to see your vision fulfilled.Understanding that this is quite normal and all part of the journey can help immensely. You are not alone! Many before you have dealt with these realities.

Thinking big, dreaming big and having the audacity to actually follow through on making this happen, puts you in the category of being fairly rare in our society. A life a living out your dreams, your big vision will turn you into a fore runner.

Your vision is unique and special; it’s likely that no one has ever done it before. Often these dreams relate to something you do not see well done anywhere currently, so it’s quite usual for your vision to be out of the box and fore running!

Almost certainly, you will be the first in your family, your network and all those around you. Your dream may not be new to the world but you may be fore running it for your family. Often, part of your journey to seeing your dream fulfilled requires leaving the comfort of a familiar place where you are known. Part of your journey is to find like-minded people that can understand what you are trying to do and manage to support it. It’s often not those that know you best.

Your dreams seem crazy to some. They may re act by thinking that you are attempting the impossible. You may have to suffer rejection from relationships that you thought were solid. People may feel jealous, as you have stepped beyond where they dare to go. Every time they see you you’re a reminder of their own inability to step forward into bigger things that deep down in their heart they want but are too afraid to pursue.

It’s not an easy journey! It is often a lonely one! It takes you outside the box into wonderfully new and unknown territory. It tends to take you to places where you get isolated. The Bible gives us examples of many forerunners that were outside the box of where they originated.

Abraham left his homeland when God told him to. When he left he had no idea where he was going. He just left in obedience. His existence ended up being somewhat isolated in the dessert away from the society he was born and bought up in. Why did God tell him to leave? Could it have been as in order for him to fulfill his destiny he needed to be away from influences that would restrict his thinking and draw him back to old thinking?

Moses ended up leaving Egypt for about 40 years when he fled after murdering an Egyptian. He left what had become his family, the Egyptian royal family, Egyptian culture, the palace, all he was raised in and knew. God led him to live in the isolation of the desert. Have you ever thought how hard that may have been for him? Moses’ life journey included; being bought up in a royal household, living in the wilderness for 40 years and then stepping into his life assignment of leading Israel from slavery to the Promised Land.  His assignment was to do something very different to what had ever been done before.  Through this unique preparation, God gave him a different mindset; a different perception to all those he was going to lead. He thought like royalty not the slaves he was leading.

Then there was Joseph, who was violently removed from the comfort of his family to become a slave. He was a slave and spent time in prison for 13 years before he was released as second in command in Egypt where shortly after he saw all that God had shown him in his dreams as a teenager happen.

Jesus himself left Nazareth to start his ministry.  Amongst his home town was a place where he found it too difficult to perform miracles. Jesus’ own preparation time before he was released into his ministry was for 30 years, during which time the Bible says he grew in favour with God and man (Luke 2:52), as a carpenter. Imagine how he may have felt during these 30 years, carrying all he knew and seeing things so differently to all those around him.

I see this pattern in clients that I coach who are forerunners of new movements, culture changers, and who are truly amazing leaders. They sometimes bring with them a lifetime of being misunderstood, rejection, having to leave places where they once belonged. They end up being isolated while God builds their character and builds new community around them who will run with them, understand them, support them and encourage them. As a forerunner you will think differently to everyone else. It’s part of your calling.

In order to fulfill your destiny you don’t have to leave everyone and everything around you. I am rather writing to those who have already had to and feel confused and wonder if they have got it right.

The journey is lonely. Part of the whole territory of being a forerunner is that nothing currently exists that looks like what you are building. Consequently a lot of people won’t understand, or believe in your vision or you!

When this happens don’t be surprised, because God has given you the capability of seeing something exceptional. It’s a newly to be revealed part of His heart. It will be out of the box of current ordinary human thinking.

He will take you to a place, both naturally and spiritually where you can fully build this vision. It may take way longer than you think. Remember how long some of those characters we mentioned earlier spent in preparation and waiting to be released. If you feel lonely, isolated, misunderstood, maybe like giving up, take heart the best is yet to come. Keep hoping, keep trusting God’s promises, it will all be fulfilled!