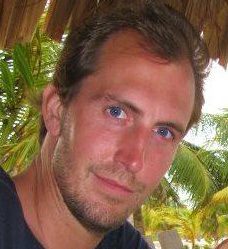 Stephen Klebs was a first year student at the Bethel ministry school when he attended a two day intensive life coaching workshop run by Tina Southgate. Before this first experience of life coaching he did not have a particular dream or vision for his life. He did not have anything in particular that he was pursuing with passion.

Stephen took the workshop to get a vision. During the two days, Stephen worked through lots of different coaching tools. Some of the course involved quiet reflection, guided encounters and hearing from the Lord. Other tools Stephen experienced on the course involved interacting with other people. Everything on the course was designed to draw out his heart, his passion and what options were available to him in his life.

One year after the course Stephen was interviewed and shared how his year turned out different because of what happened there.  “The course gave me vision, it gave me hope for the future and it helped me know myself better. It also inspired me to want to be a coach because it so significantly impacted my life. Having someone to listen is so powerful. It empowered me to know what I carry is significant and encouraged me, that people want to hear what I have to say. I was just thrilled with what happened during that course. ”

One particular coaching tool used at the very end of the course, bought Stephen amazing breakthrough.

Stephen was asked to brainstorm different options for what he could do next. Stephen recounted: “Tina pushed everyone to think beyond their initial three or five options”. He continued, “it’s really when you go to write more that you take the limits off and you can dream. So my partner and I went through 28 or 27 different options for me!” After this the group was asked to pick three options that felt highlighted to them. Stephen said: “My top three were start a Revival in Kenya, pursue photography, and I can’t remember what the last one was. But, the one I had never really thought of before was Kenya!”

Stephen continued, “I hadn’t even thought of it before. It wasn’t even a place I wanted to go. I was just asking Holy Spirit what’s on my heart and that’s what came out. There was something about that one.”

After the course something had been awakened in Stephen and he was highly motivated to pursue what had emerged. His heart was engaged. Stephen said, “So I started searching out people who had been to Kenya, and networking. I met with a few different people who had been and I thought, if I were to go what kind of questions would I ask? Who would I get in contact with? So I explored this.”

Stephen not only had an idea that was out of any box he had previously thought of, but it resonated in his heart so much that he went away and took action.  Could this be a significant part of his purpose and destiny? When Stephen returned to ministry school to attend a 2nd year, he was looking through mission trip options and one of the options was Kenya.

Stephen said. “I didn’t have enough money to go on it. And I was already on a financial plan to help me pay for my schooling. But because I now had this dream of going to Kenya I pursued it! I chose it as my top pick and by the grace of God I got picked to go on the trip, which is not a certainty with all the applications each trip gets!”

Stephen’s intentional pursuing of this idea caused God to step in and provide everything! Stephen got the money he needed miraculously.

Stephen went to Kenya. Before the trip at the time of this interview he said, “I’m going to work with women coming out of sex trafficking, church planting and kids in schools.  I’m really excited and I ‘m hoping that this leads to making some long term friendships so I can see how I can go back. I also get to see if it is my desire to maybe do long term mission work!”

Stephen continued, “Going through this experience of life coaching has brought a lot of hope. I think hope is the biggest thing! To see a dream come to pass inspires me to dream more. It opens up possibilities. I see what God has placed in me through this journey. It gives me something to wake up to and feel, like, ‘I’m going after this!’ God has put this dream in my heart and now I get to run after something. It motivates and inspires me. It brings fulfillment”

Stephen said, “I like to connect with my heart, coaching allows me to share my heart and know myself better. It adds more depth to life and interacting with God. It helps me know and be more intentional and so prioritizing what I want to do”

Stephen, “This process, took me from not even being sure I was going to do a second year to an ‘aha’ moment. It brought excitement to me. I thought, this is something I want to pursue. Maybe it helped me break free of complacency or idleness. I left feeling I want to pursue that!”

Stephen was so inspired by what this first experience of coaching gave him he decided to take coach training in his second year at ministry school. Stephen said, “I am now learning to coach, because I saw the fruit of it. I thought, I want to do that, it’s not only to help me to help others but I knew I would also be helped to discover more about me.”